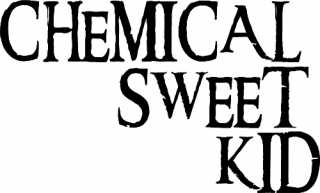 Who is behind Chemical Sweet Kid?
Chemical Sweet Kid was created in 2008 and since then I am writing the songs and the lyrics. Kora Li joined me on stage in 2009, first with an electronic pad. She is now playing the keyboard. This year we welcomed Jason and his Key-tar. A keyboard carried as a guitar and sounding like an electric guitar.

If you had to put your music into a drawer and print a label on it, what would it say?
I take inspiration from various musical styles and Chemical Sweet Kid seems to be a mix of them. That is why it’s difficult to put it into a closed drawer. But if I had to put some words for people to know how it sounds like I would say it’s dark, electronic and industrial with sometimes a touch of rock and metal.

How would you describe the sound of Chemical Sweet Kid to a deaf person?
Definitively dark and energetic!
Since music is not only sounds but also vibrations and images you can hear it, but you can also feel it. The best way would probably be to show this person a video of a concert with a big subwoofer turned loud so the music could vibrate into his body and he will be able to feel the music and have an idea of the universe.

Which sort of panic creates the best songs?
I like it when things go fast, so I am always in a stress mood while I am making music. As soon as the first notes come, lots of ideas are coming at the same time and I already imagine the song finished. This is frustrating, ideas go faster than acts.
I don’t think there is an ideal time to create a new song, just do it when you feel the need.
It’s a little bit different with the lyrics, they must come from the deepest part of yourself. The most true and emotional lyrics often come from the worst moments and worst things I can feel or imagine. 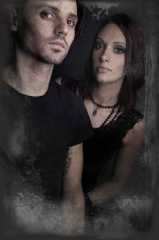 Which instrument will surely NEVER be heard on a Chemical Sweet Kid-album?
Music is like a blank page so why should we put some limits ? Would a writer say „I will never use this word …“?
Every kind of sound and / or instrument could be used in a Chemical Sweet Kid-song. Moreover, it is so easy now to add some effects and make it sound interesting in a song.

Which song would you be proud of, had you written it?
There is no song to be proud of but the ones that can transmit a true feeling and emotion to the auditors so they just want to press the repeat button. A song they can easily keep in their mind and sing. A song in which they can identify themselves.

No alcohol is surely NOT the answer – after which combination of booze all your problems will have dissolved?
We can begin with a couple of beers, then let’s have some good wine with a nice dinner. One or more digestive alcohol like Amaretto. Then let’s go to the bar and have some beers again and Jack Daniels. If I am still standing then we’ll see…
The day after, back to reality with a beautiful headache, a nice hangover, a bit anxious and the problems are still existent. Because I was too drunk I may also have new ones… who knows.

What shows you a true friend?
A true friend is someone with whom you shared lots of things during your childhood and a person you can count on. He won’t judge you and will be there both during good and bad moments telling the truth and not only what you want to hear.
Of course he can expect the same from you.

Who was the hero of your childhood?
I don’t really remember a lot of things from my childhood, but it’s probably Michael Jackson. As far as I can remember, he was the first contact I had with music and I remember listening to his albums a lot and watch the movie „Moonwalker“ again and again.

Are we alone out there?
Do ants think they are alone or are they aware of us? We are the ants of the universe.

What’s next? Tour? Studio? Vacation? Something completely different?
I am working on the new album which is well advanced now and should be released in the first part of 2014.
Touring is an aspect that I really appreciate in music. We can meet our fans and share directly something with them without any computer screens. That is why I am constantly looking for new shows and I am really glad to be part of the DMF Festival in Munich in April 2014.